In the wake of the Derek Chauvin verdict, it is clear that police officers across the nation must be held accountable for their actions.

In this year’s session, the Nevada Legislature has started to acknowledge the need for change in policing.

In the first hearing for Senate Bill 212 in March, bill sponsor Dallas Harris made it clear that police use of force is a racial justice issue.

“Reno is the deadliest city for Black men at the hands of police in the United States,” said Harris.

“We should expect our peace officers to preserve and protect, and to do so we must modernize our approach to use of force to understand the issues, report the data, provide alternative techniques, train officers, and create a culture where use of force is the absolute last resort.”

SB212 will create a statewide standard for police use of force and require officers to use de-escalation techniques before resorting to deadly force. The bill will also require law enforcement agencies to submit annual reports regarding police use of force.

“This is an opportunity to actually do something that will save people’s lives,” said McKesson. “We want to put these rules in place to be preventative.”

Sam Sinyangwe, another Campaign Zero co-founder, informed the Senate that Nevada police killed 147 people between 2013 and 2020, and that Nevada has the fifth-highest rate of fatal police violence in the U.S.

The ACLU of Nevada believes we need to regulate police use of force and work to end racial profiling and police violence in our state.

“It’s imperative that we strengthen our use of force policies to reduce incidents of police violence, address issues of other types of violence, help officers feel prepared to use other alternatives to deadly force, and use data to improve the systems of justice,” said Harris. “SB212 is our path to success for making Nevada a safer place to live, work, and thrive.”

SB212 is one of many police reform bills being considered at the 2021 Legislature.

Another proposal by Harris, Senate Bill 236, aims to tackle the issue of implicit bias in policing and will require a third party to record, collect, and statistically analyze Nevada traffic stop data to identify patterns of profiling. It will also establish early warning systems to identify police officers who display bias indicators or other problematic behavior.

SB212 and SB236 must pass. We need to place meaningful regulations on police officers to minimize harm inflicted upon Nevadans who are Black, indigenous, and people of color.

Share your support for SB212 and SB236 with your legislators

Watch the full SB212 hearing below. 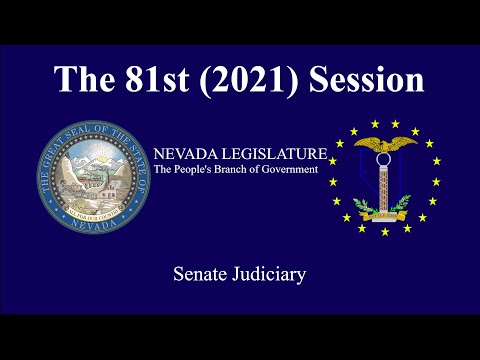 Police Divestment Efforts Must Include Universities

A Constitutional Crisis in Portland

Why Prosecutors Keep Letting Police Get Away With Murder

‘Black Lives Matter’ is About More than the Police