After a hearing on March 31, the Nevada Assembly voted to pass Assembly Bill 395 to the Senate. This historic piece of legislation seeks to eliminate the death penalty in Nevada and convert all existing death sentences to life in prison without the possibility of parole.

The bill, championed by Assemblyman Steve Yeager, is a crucial step forward for Nevada. The death penalty is barbaric, inefficient, costly, and racially-biased. Twenty-three states have outlawed the practice so far. Nevada must be next.

Tom Viloria, who has handled many murder cases and capital litigation as a prosecutor in Northern Nevada, spoke in support of abolition during the hearing and emphasized the procedural issues surrounding capital punshment.

“The process of selecting those cases for the death penalty is inherently flawed,” said Viloria. Meetings for death penalty cases would last only one or two hours, and “typically the only person (in these meetings) who had read the file front to back was the assigned prosecutor.”

“There’s no check and balance on that individual prosecutor’s decision,” said Viloria.

Coffee said that, of the 150 capital cases in Clark County over the past decade, there were 16 capital verdicts, five of which have since been overturned.

“We spent $75 million to put 11 people on death row,” said Coffee, a longtime proponent of abolition. “This system can’t be fixed.”

In addition to a flawed selection process and exorbitant costs to the state, statistics overwhelmingly show that the death penalty in Nevada disproportionately impacts people of color.

Parry cited Nevada’s reputation as “the Mississippi of the West” in his call for the end of the death penalty, saying that the state has had longstanding issues with Jim Crow-style segregation and heavy-handed policing.

Speakers pointed out in the hearing that capital punishment offers a false promise to victims, who may never receive the closure they need. Cynthia Portaro, whose son was murdered a decade ago, pointed out that the death penalty does little to help victims heal.

“Whether my son’s killer is in jail for life or on (death row),” said Portaro, “There is no closure.”

Portaro said that while she sympathized with other families who felt angry over having loved ones taken from them, she “didn’t want another young life taken” in the wake of her son’s death. Instead, she advocated for better support for victims and their families to receive counseling and financial assistance.

“When you spend the millions and millions and millions of dollars on this person that’s in prison, my thoughts are, why aren’t we assisting victims more?” said Portaro. “$1,000 is what we were given for counseling. It takes a little bit more than $1,000 to help somebody walk through such a difficult journey of their loved one being traumatically killed.”

It is time for Nevada to end the death penalty once and for all. Not only does it fail to provide closure to victims and their families, but it also directly harms people of color and misuses funds in ineffective procedures.

AB395 must receive a hearing and a vote in the state Senate. We will not rest until this bill is on Gov. Sisolak’s desk.

“Take action. Don’t put this off this year,” said Justice David Cherry in his address to the Assembly. “2021 should be the year that Nevada got rid of the death penalty.”

Send a message to your senator in support of AB395

Watch the full hearing below. 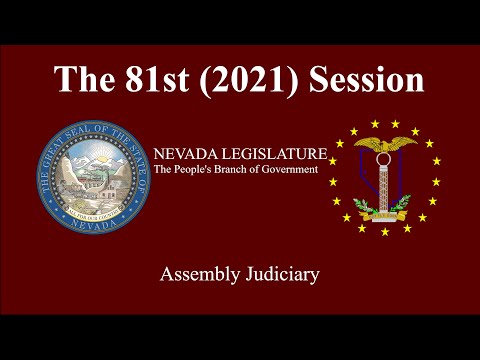 The Final Religious Request of a Man on Death Row is in the Supreme...