In 2006, the FBI sent an informant to pose as a convert and spy on one of the country's largest Muslim communities.

In 2006, the FBI ordered an informant to pose as a Muslim convert and spy on the congregants of several large, diverse mosques in Orange County, California. The agent, Craig Monteilh, professed his conversion before hundreds of congregants during the month of Ramadan. Renaming himself “Farouk,” the informant quickly made friends and impressed members of the community with his seeming devotion. The whole time, he was secretly recording conversations and filming inside people’s homes, mosques, and businesses using devices hidden in everyday objects, like the keychain fob of his car keys.

Among those subjected to FBI spying were Sheik Yassir Fazaga, the imam of the Orange County Islamic Foundation (OCIF), and Ali Uddin Malik and Yasser Abdelrahim, congregants at the Islamic Center of Irvine (ICOI). Together, they sued the FBI in 2011 for unlawfully targeting Muslim community members in violation of their constitutional rights to religious freedom and privacy. The FBI attempted to stop the litigation of the plaintiffs’ religious discrimination claims by arguing that further proceedings could reveal state secrets. After an appeals court ruled in the plaintiffs’ favor in 2019, the FBI appealed to the Supreme Court, which will hear the case on Nov. 8.

Ahead of their Supreme Court hearing, the three plaintiffs joined At Liberty to discuss how FBI surveillance impacted their lives and communities, how the harmful effects linger 15 years later, and what they hope to achieve in challenging the FBI.

Sh. Fazaga: “Generally speaking, when a person converts to Islam, they really are taken into the community as new members. So the tendency is that people will embrace them, literally embrace them. You get lots and lots of hugs when people come in … the assumption here is that people have made a lot of sacrifices and potentially they have lost their social support system. So the community tries to compensate for that.”

In 2006, Monteilh reached out to Sheik Fazaga to discuss his apparent interest in converting to Islam. He said he was of Syrian and French descent and wanted to embrace his roots. Days later, he announced his conversion at Friday prayer, reciting the shahada (the Islamic declaration of faith) before hundreds of congregants at the mosque. Monteilh renamed himself Farouk and started attending prayers multiple times per day, every day.

“6:00 a.m all the way to 10:00 p.m.,” says Hussam Ayloush of the Council on American-Islamic Relations – California (CAIR-CA), one of the organizations serving as co-counsel on the case, along with the ACLU. “That’s a lot of dedication to come to these prayers. Very impressive.”

Word spread about the new convert within ICOI and other mosques in the Orange County area, which Monteilh also frequented on a regular basis. Congregants reached out to him to introduce themselves, buying him books on Islam, showing him the movements of prayers, taking him out for tea, and inviting him into their homes for dinners, where he would often meet congregants’ families and friends. Many young congregants were drawn to him, dazzled by his stories about working as a personal trainer in Hollywood and the NFL. “We spent the time either hanging out, talking, praying, playing FIFA, or watching [the] news every once in a while,” says Abdelrahim.

Conversations about working out and other small talk eventually dissipated, however, as Monteilh began to talk about violence, including by expressing a warped interpretation of jihad, a term referring to any internal or external struggle facing an individual or community. Younger members of the congregation, like Malik and Abdelrahim, noticed the strange shift but initially gave him the benefit of the doubt. Some thought that Monteilh’s comments were based on misguided ignorance about Islam. Amidst widespread, post-9/11 Islamophobia, it wasn’t hard to believe. But when congregants tried to explain to Monteilh that Islam does not condone violence, he pushed back.

Ali Malik: “He just wanted to talk about [jihad] the whole time. And I was like, this is really awkward, you know? And I gave him what I learned about jihad, which is like the spiritual struggle, you know, and the fight against one’s own desires and caprice and whatnot. And he didn’t buy it. He just wanted to know about violence.”

One day, while returning to his car on his way out from a last-minute chiropractor’s appointment, Abdelrahim was met by FBI agents waiting for him in the parking lot. “Obviously, I was a little shocked,” he says. “A lot of questions [were] going through my mind. Number one, how do you know I’m here?” The FBI agents took him to a nearby Starbucks, where they questioned him about his opinions on terrorism. “I really was laughing at the question itself because it’s just absurd,” says Yasser. At that point, he realized they had been spying on him.

Soon it became evident that the convert was not who he said he was, and that he was potentially dangerous. Congregants reported Monteilh to community leaders, the police, and eventually the FBI itself. But they didn’t learn he was an informant until two years later, when he was publicly identified and began to speak openly about the operation.

They learned that between 2006 and 2007, Monteilh had indiscriminately gathered names, phone numbers, and email addresses as he secretly filmed and recorded congregants in their homes, mosques, and businesses. He used hidden cameras and recording devices to spy on community members even when he was not physically present. Monteilh’s FBI handlers told him they had a listening device in Fazaga’s office, where he had confidential conversations with congregants who sought his guidance in therapy sessions. Monteilh also had an audio recorder hidden in the keychain fob of his car keys, which he would leave behind, seemingly by accident, in the prayer hall. When anybody found the keys, they would bring them to the imam’s office, which served as a lost and found. There, the device could potentially record confidential conversations between the imam and people who sought his guidance.

Yasser Abdelrahim: “One of my friends brought up the fact that he just was acting very, very weird. ‘He pulled me to the side and started to talk to me about jihad.’ And then all of us were like, Wait a minute, he did the same thing with us.”

“I promised my clients confidentiality,” says Sheik Fazaga. “I don’t say anything without their permission. But to know that the FBI was actually recording these sessions, that is illegal, it is unethical, it is not constitutional, and it puts a lot of people’s lives in jeopardy and their well-being and their rights of privacy.”

The FBI had been surveilling Muslims in Southern California, home to one of the largest Muslim populations in the United States, since late 2001. The agency had created a list of names, religious leaders and mosques, and would often send agents to show up unannounced at people’s homes and question them about their religious practice without any discernible relationship to criminal activity.

Ali Malik: “To be honest, I was like, ‘This can’t be, he can’t be working for the FBI, because there’s no way they can be this dumb and this blunt.’ He was so blunt and upfront that I thought he’s a threat to me, himself, the community and the country, and he needs to be reported ASAP and with urgency.” (HuffPost)

“FBI agents told [Monteilh] to focus on people who are more devout, like Ali Malik, who was wearing religious clothing, and like Sheik Fazaga because he was a religious leader,” says Ahilan Arulanantham, one of the lead attorneys on the case. “Once we learned that information, we filed a lawsuit challenging the FBI’s conduct on constitutional and federal statutory grounds.”

While Monteilh left the Orange County Muslim community after community members took action, his impact was widespread and enduring. Sheik Fazaga had worked for years to foster trust between congregants and the U.S. government in the aftermath of 9/11, even inviting the FBI to speak with members of his mosque in a community town hall. “They looked us all in the eyes and assured us unequivocally that they were not spying on us,” says Fazaga. “We trusted them. But they lied, and our sacred community was shaken to its core.”

Since 9/11, the government has frequently abused the “state secrets privilege” to escape accountability, including by shutting down lawsuits by survivors of torture, ending litigation of unlawful government surveillance, and covering up misconduct and other abuses in the name of national security.

“The government cannot hide behind state secrets to pretend everything is national security,” says attorney Ahilan Arulanantham. “An independent judge or entity should be able to sort through the evidence and decide whether this constitutes state secrets or not.”

The federal district court accepted the FBI’s state secrets argument and dismissed the plaintiffs’ claims that the FBI unlawfully targeted them based on their religion. The Ninth Circuit Court of Appeals then disagreed and instructed the district court to consider the religious discrimination claims under procedures mandated by Congress in the Foreign Intelligence Surveillance Act, which specify how courts should handle cases involving surveillance conducted for national security purposes. The FBI appealed the case, and the Supreme Court agreed to hear it. Oral arguments will be held on Nov. 8. 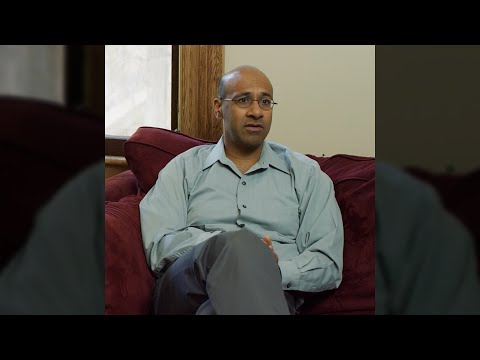 The plaintiffs are represented by the Center for Immigration Law and Policy at UCLA School of Law, the ACLU of Southern California, the American Civil Liberties Union, the Council for American-Islamic Relations – California (CAIR-CA), and the law firm of Hadsell Stormer Renick & Dai.

How to Fight for Your Rights at the Ballot Box

Join Us in Reno - Public Records and Your Rights