The death penalty is the ultimate denial of civil liberties. It inherently violates the constitutional ban against cruel and unusual punishment and the guarantees of due process of law and of equal protection under the law. Here in Nevada, no drug company will provide the necessary drugs to perform executions and yet death penalty cases are still be tried, costing the taxpayers millions. In 2015, $800,000 was spent on a new death chamber without the means to carry out executions and will probably never be used for that purpose. 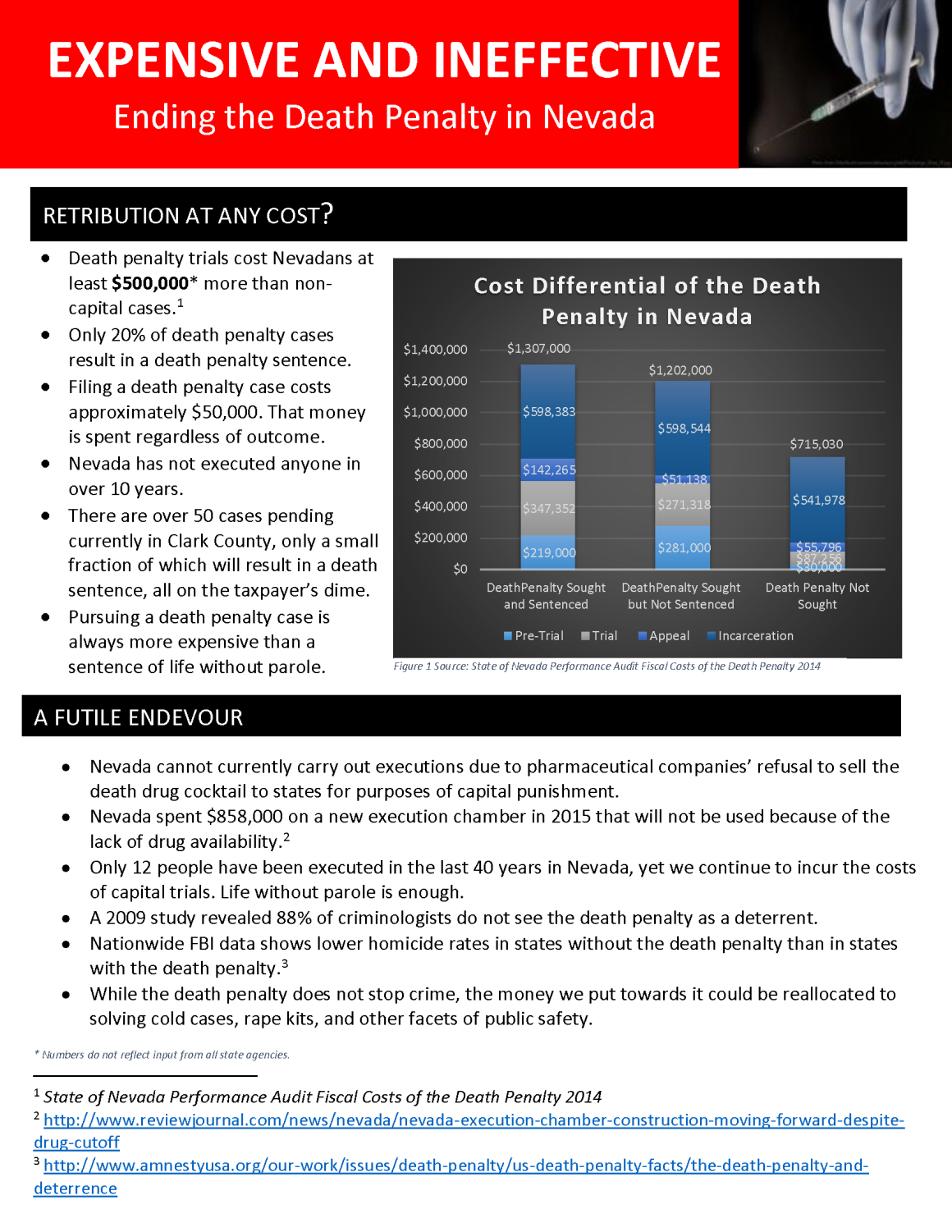 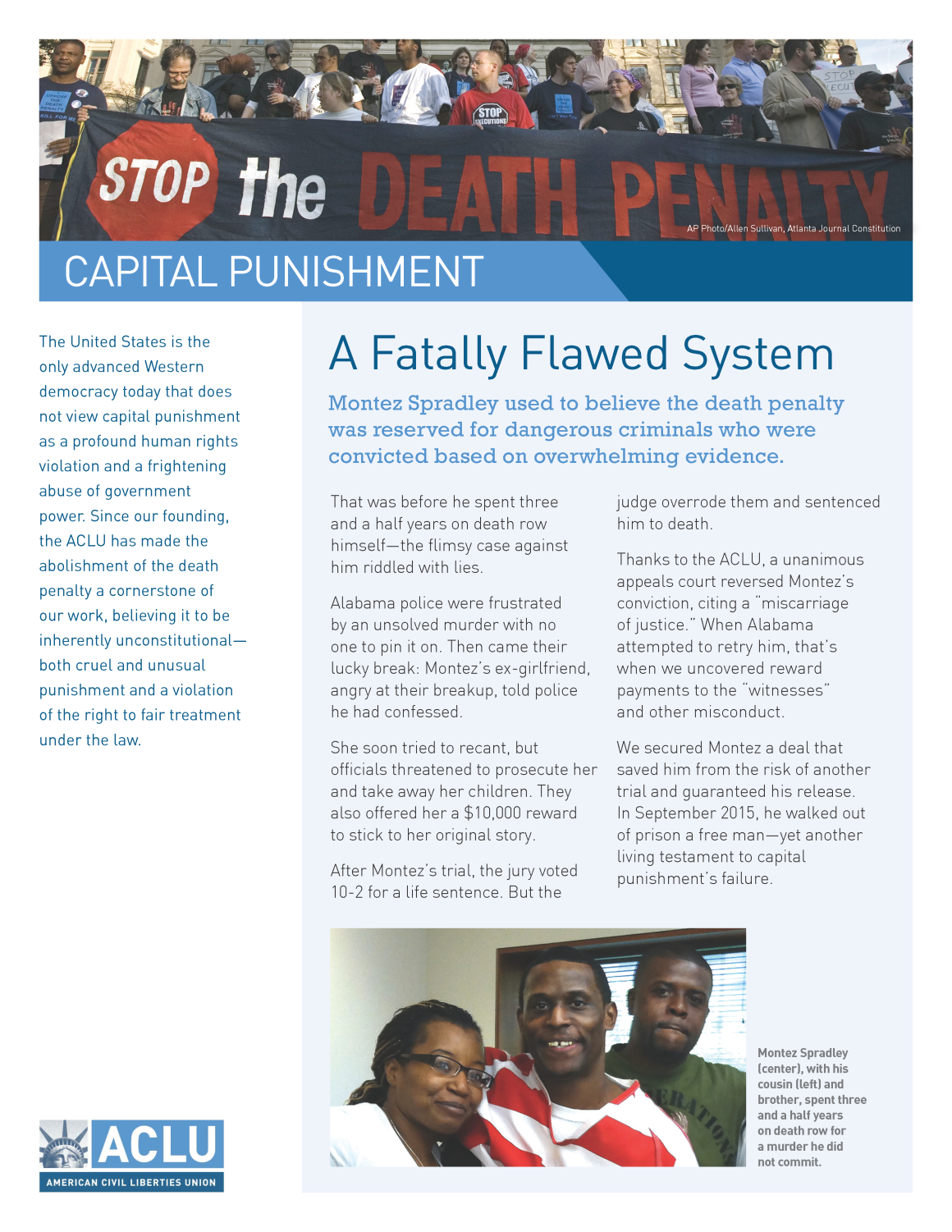 When a Two-Year Sentence Becomes a Death Sentence

“Do Not Kill in My Name” – How Colorado Finally Repealed the Death...

The Death Penalty in 2019: A Year of Incredible Progress, Marred by...

Will North Carolina's Supreme Court Allow Racism to Remain a...

'Do We Deserve to Kill?' The Answer Is 'No' After Nebraska's Latest...

A Jury May Have Sentenced a Man to Death Because He Is Gay. It’s...

Texas Decides to Execute Despite a Victim’s Son Calling for...