This blog post is by Noa Yachot, Communications Strategist for the National ACLU. It originally appeared on the ACLU's Blog of Rights.

After The Guardian and The Washington Post revealed the astonishing scope of some of the NSA's surveillance activities, some people claimed that Americans wouldn't care. But Oscar-winning director Oliver Stone doesn't accept that.

In the video below, produced by the ACLU, Stone discusses the NSA spying program, recalling a disastrous legacy of unchecked government abuse of power. He reflects on the terrible consequences of runaway surveillance during the 1960s and 1970s, when intelligence services exploited fears of external threats to the United States to enjoy a carte blanche for their illegal activities. "We did not pass the Fourth Amendment to protect those with something to hide," Stone tells us. We passed that amendment "because we know all too well the cost of an unaccountable government." 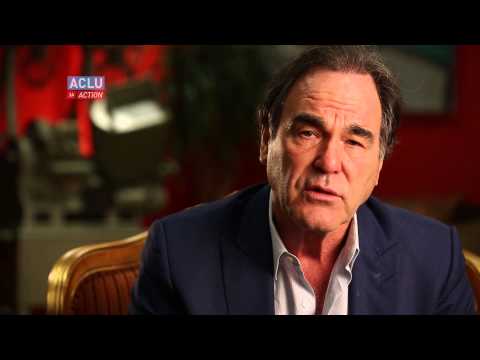 Now is a critical time in our nation's history for all Americans to stand up for our civil liberties, Stone says – by asking representatives in Congress to roll back the surveillance state.

Section 215 of the Patriot Act and Section 702 of the FISA Amendments Act, passed in the wake of the September 11 attacks, have drastically eroded our Fourth Amendment rights. These statutes allow the government to access our most sensitive information without meaningful judicial oversight.

"I won't stand idly by while our civil liberties are eaten by the NSA surveillance machine," Stone says. "You shouldn't either." You can join Stone and the ACLU in demanding an end to the surveillance state, by signing a petition calling on Congress to repeal these problematic sections of the Patriot Act and the FAA. The time to act is now.

Click here for more from the ACLU on the NSA surveillance program.

A Scary Demonstration of What Unchecked Face Recognition Could Look...

The Privacy Lesson of 9/11: Mass Surveillance is Not the Way Forward

The People, Not the Police, Should Decide If and How Surveillance...

Facebook’s Discrimination Against the LGBT Community