The ACLU of Nevada is dedicated to ending solitary confinement in our state. We made great strides in nearly ending the practice in juvenile facilities, but efforts in adult facilities were halted by Nevada Department of Corrections leadership. In partnership with the Nevada Disability Advocacy & Law Center (NDALC) and Solitary Watch, the ACLUNV reached out directly to those who could speak most intimately on the use of solitary in Nevada — incarcerated individuals. We surveyed nearly 300 incarcerated Nevadans and published our report, Unlocking Solitary Confinement. This report exposed a grim reality inside the walls of Nevada’s prisons and the overuse of solitary confinement by the Nevada Department of Corrections.

On the heels of the ACLUNV’s report, the Nevada state legislature passed Senate Bill 402, which placed a series of limits on the use of solitary confinement in Nevada’s adult facilities. The bill did not go nearly far enough, but it was a major first step for Nevada. With great pride, in 2018, the ACLUNV was chosen as a grant recipient by Unlock the Box, the National Campaign to End Solitary Confinement. This grant allows the ACLUNV to dedicate more staff and time to addressing the issue of solitary confinement at the state and local level.

Since becoming a member of the Unlock the Bank Campaign the ACLUNV and NDALC began monitoring the use of solitary confinement in Nevada’s local jails. After finding particularly abusive policies at the Washoe County Jail, we were able to convince the Sheriff to completely rewrite the department’s segregation policies.

We also embarked on an education campaign hosting speaking events facilitated by directly impacted people. This education campaign now includes a story banking project dedicated to elevating the voices of those most impacted by this inhumane practice so we can create lasting change.

“Indifference is a form of cruelty, and solitary confinement is the ultimate form of indifference.” 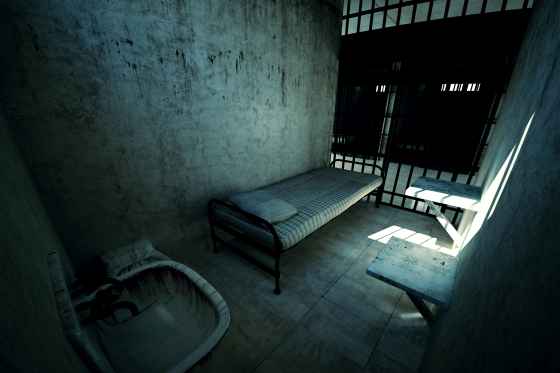 What if Algorithms Worked For Accused People, Instead of Against Them?